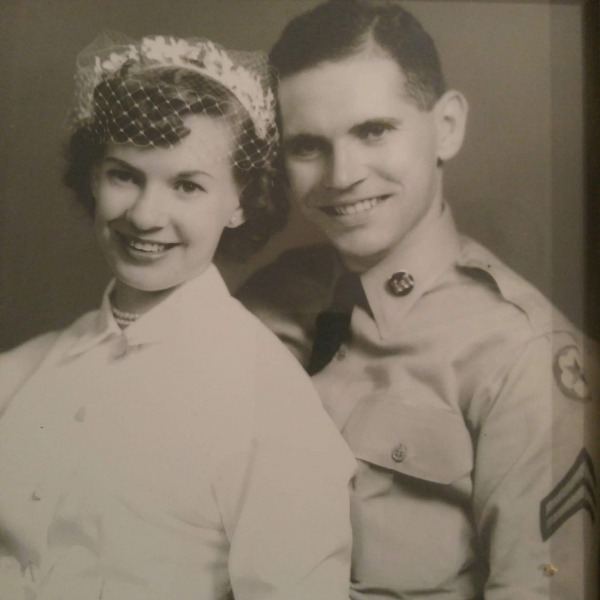 Stanley Louis Thompson, aged 90, eldest child of the late H. Louise Thompson (nee MacIntosh) and Frederick Louis Thompson, passed into the arms of our Lord on July 9, 2019. Stanley was born in Boston, Massachusetts and raised in nearby Medford. He was an athlete and he excelled as a student, earning a scholarship to attend Tufts College, class of 1950. At Tufts, he joined the track and field team, where he joked that his role was, "To make the other runners look fast". Stanley graduated with degrees in Economics and History. Following graduation, he was drafted and served in the US Army from 1951-1953, rising to the rank of Corporal. While stationed at Fort Belvoir in Virginia, he traveled with several Army buddies to see the ball drop in Times Square on New Year's Eve 1951. There, he met his future wife for the very first time, and he literally swept MaryEileen Jourdan off her feet. They married in August of 1952 and have celebrated over 66 years together. Stanley and Eileen originally resided in Newark, New Jersey following his honorable discharge. They later bought a home and moved to Hazlet, New Jersey, where they raised their family. Stanley's work had him travel frequently and Eileen accompanied him on many trips throughout the country. Following his retirement, they were able to fulfill a lifelong dream to travel to Europe, visiting several countries. Some of their favorites were Ireland, Switzerland, and Germany. They also made many trips throughout New England and Nova Scotia, Canada to visit relatives. In retirement, his great passion was researching the family's genealogy. Stanley enjoyed working with Eileen uncovering new links, making contact with and meeting extended family to share stories of their connections. Stan and Eileen had six children, Charles, Patricia, Margaret, Barbara, Peter and Donald. Stanley was predeceased by three of their children, Barbara (d. 1961), Margaret (d. 2016) and Charles (d. 2016). He was also predeceased by his parents, his sister and brother-in-law, Jeanne Thompson Surrey and Bruce Surrey, his brother, Paul Thompson, in-laws, Elizabeth Bock Jourdan and James Jourdan, and Joan Jourdan Francica and Joseph Francica. Stanley is survived by his wife, MaryEileen Jourdan Thompson, daughter Patricia Thompson of Massachusetts, sons and daughters-in-law, Peter and Elizabeth Thompson of New Jersey, Donald and Marilou Thompson of California, and daughter-in-law, Rocio Thompson of California, ten grandchildren, sister-in-law, Luella Fenton Thompson, and many great grandchildren, nieces, nephews and cousins.