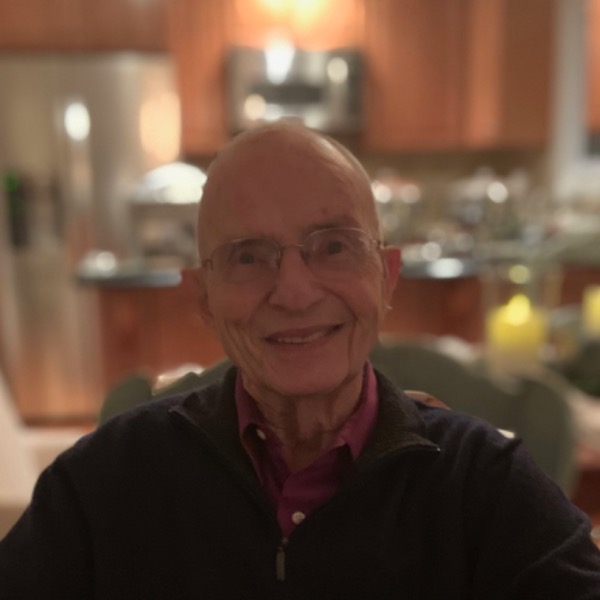 Robert Stafford Cook. Sr. (June 1, 1929 – April 2, 2020), known as “Bob” or “Pop” by those who loved him, was a good man- loving, soft spoken, selfless, funny, loyal and kind. Born in Dallas, Texas, raised in Proctor, Vermont, Pop graduated from St. Lawrence University, served his country for 10 years as a lieutenant in the Army (Korean War veteran), worked hard for his family, and brought a smile to all he met. He met Elisabeth Gentner, his wife of almost 65 years, while stationed in Augsburg, Germany, and together they raised four boys (Bobby, Steve, Craig and Mickey) in Middletown, New Jersey. Pop would say his "boys”, their wives, and his 9 grandkids, were his greatest accomplishment in life. He was always there (on time) for every sporting event, quietly cheering us on - Pop never missed a game. He lived in the same house on top of the hill for 64 years where he treasured his neighbors, and enjoyed relaxing at home with his family and pets. Pop cherished spending summers with his family at the swim and tennis club, attending the annual Princeton-St. Lawrence hockey games with his boys and grandkids, having Easter and Thanksgiving dinners at Eagle Oaks, socializing at coffee hour after church service, and working on his daily Asbury Park Press crossword puzzles (in pen). He loved to hear and tell a “good joke”. A founding member of Westminster Presbyterian Church in Middletown, for the last 63 years, Pop sang in the choir, played “the bells” at Christmastime, planted flags on the church lawn for the soldiers, delivered church flowers on Sundays to the homebound, led the annual blood drive, was a leader for the Junior High Youth Group, and participated in countless community outreaches and events. He loved “the fellowship”. Pop is predeceased by his parents Arthur Aaron, Sr. and Bernice; his brother Arthur Jr. and his wife Veronica; his sister Berenice; his sons Ronald and Richard; his niece Margery; and his grand nephew Ryan Canty. He is survived by his wife Elisabeth; their four sons, Robert, Jr. and his wife Lysa, Stephan and his wife Mary, Craig and his wife Laura, Michael Sr. and his wife Maureen; his 9 grandkids, Robert III, Connor and his fiancé Katelynn Jester, Cayla, Cali, Christopher, Tyler, Michael Jr., Rylie and Keeley; and his 4 nieces, Catherine Canty, Jeanne Cook, Sharon Ketchen and Mary Dolan, and their families whom he loved to visit in Vermont. He was a kind soul who enjoyed life. Here’s to you and a life well lived, Pop. We love you more. In light of the current health crisis, a memorial service will be held at a later date. Memorial gifts, in lieu of flowers, may be made in his memory to the Gary Sinise Foundation https://www.garysinisefoundation.org or to Westminster Presbyterian Church, 94 Tindall Road, Middletown 07748 (earmarked for the choir).