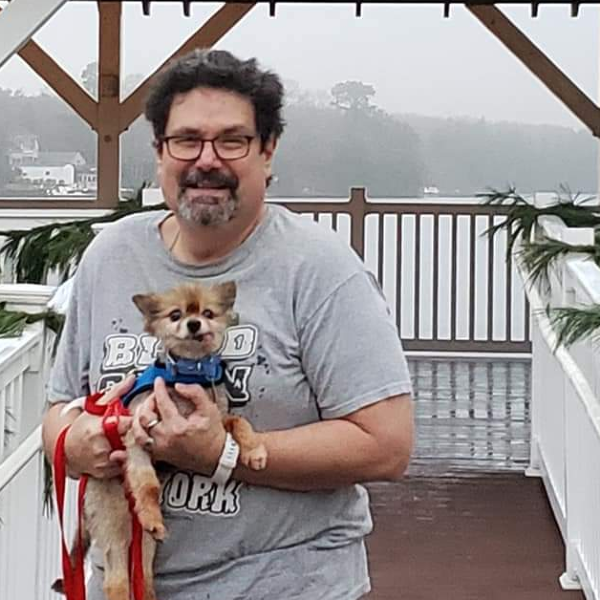 Dickon, Richard   Richard A. Carroll-Dickon, 59, of Manahawkin, NJ (hometown Bergenfield) passed away on Saturday, January 21, 2021.  He is survived by his beloved wife Mary, his granddaughter Gabriella Novak, his sisters Karen Tobiassen (Stephen), Susan Favorito (Thomas) , Debra Werner and his brother Allen (Barbara)  and numerous nieces and nephews.  Rich worked his entire career in various positions of journalism.  He advanced through the ranks to be the editor of the Belleville Times (1996-2010).  During his tenure, this paid weekly paper received several NJ Press Association awards.  He earned his Bachelor’s and Masters degrees from William Paterson College and remained in contact with members of the Beacon newspaper staff where he was editor in 1982-83.  He often spoke fondly of his experiences as adjunct faculty teaching journalism at Bloomfield College.      Rich dedicated his time to volunteer work with organizations primarily focused on food insecurity.  He was active with the Saint Joseph’s Bogota Parish Food Pantry, volunteered with a group that cooked with Meals with A Mission in Garfield and provided dinners on a rotating basis for 100 at the Bergen County Family Shelter.    Music played a vital role in Rich’s life.  He could name any song, the artist and many salient facts before most people could identify a lyric. Listening, discussing and sharing music was his great joy.      He married Mary in 2016 and they often proclaimed, very publicly, that “We are each other’s reward”.  Their happiness was evident as they shared their mission of serving the needy and fundraising through their wedding services at NJ Life Events.    In lieu of flowers, we are requesting donations to Saint Joseph’s Food Pantry 115 Fort Lee Road Bogota NJ 07603.   A Celebration of Life honoring him will be held when gatherings are no longer restricted due to Covid.