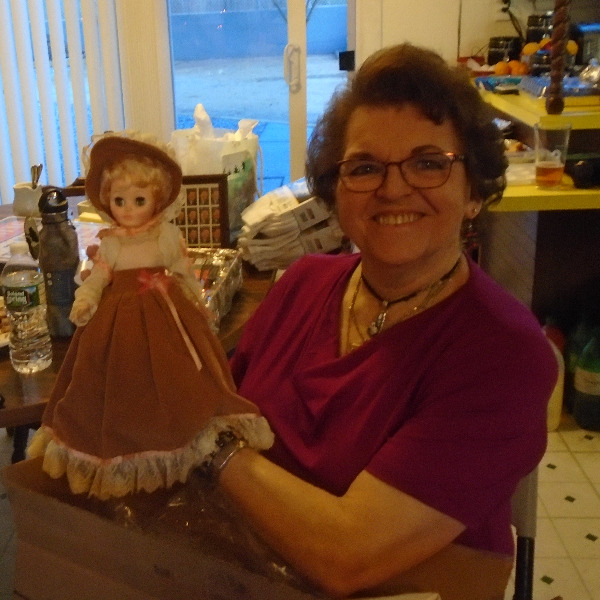 Marylouise passed away Friday Dec 7, 2018 with family around her. She was a very loved wife, mother, grandmother, great grandmother and Friend. She was born in Ewing Twsp. NJ on May 23,1944 to Ada Lillian and Johnny Rinkas of Trenton NJ.. She attended Ewing High School and Brick High School, where she played basketball. In April of 1969 She married Henry Adams Dudley they went on to having 2 Children, Frank Roy, and Ada Rebecca. She clerked for The Law office of Eugene Serpentelli. For many years she could be found running Hank's Cycle and Auto in Brick NJ a business that Hank and herself started in 1970. In the 1980's she began work for RCA Astro and attended Ocean County College for accounting. She graduated Ocean County College and went on to Georgian Court College in Lakewood NJ. She also wrote for the Raceway News For Raceway Park Motorcross In Old Bridge Twsp. NJ Thru out her corporate career she went on to work for General Electric, Martin Marietta and finally Lockead Martin. In 1993 she and Henry founded Dudley Lab an Electronics manufacturing company. In addition she was the office manager for Johnson and Baron and later Laurita Winery in New Egypt NJ, All the while raising 2 children and maintaining household. In her free time she could be found restoring a vintage 1972 Porsche and later building race cars. She often played crew chief for her husband Henry who raced modified at Wall Stadium in the early 1970's and SCCA sports car racing in the 2000's. She was often found in the lab working along side Henry with the electronics as well. She was an Avid doll collector, a Fire Arms enthusiast, and active in The Ocean County Republican clubs. You could see Marylouise and Henry Driving around town in what everyone called the "Trump Truck" a 5 ton military vehicle, which they frequently drove to lunch just for fun. She was survived by her husband Henry, Children Frank Roy and girlfriend Laura Ferris and Ada Rebecca and husband Dan Smith, she has 6 grandchildren, and 2 great grand children