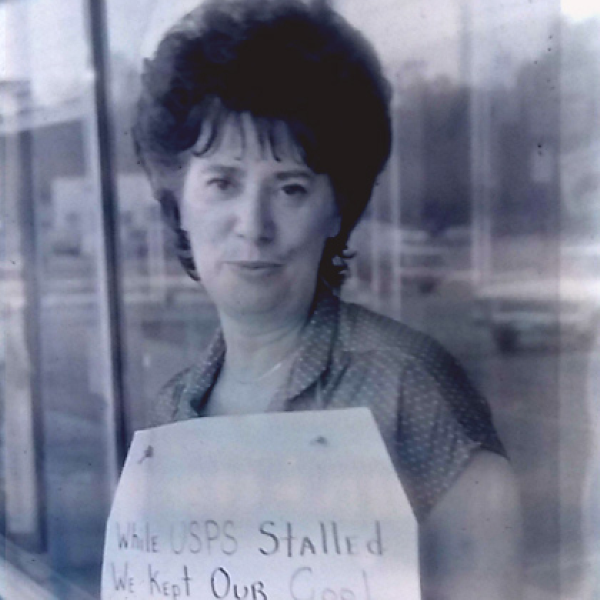 Mary P. McLane, whose life spanned eleven decades, died early Tuesday morning at a rehabilitation center in Edison, NJ from complications of pneumonia – unrelated to Covid-19. She was 90. Mary Phyllis McLane (nee Joyce) was born on October 18, 1929 in Brooklyn, N.Y. to William B. Joyce and Katherine (Katie) Joyce (nee Kaplan). Her father immigrated to America from Ireland with his family (his paternal uncles were the celebrated Irish authors Patrick Weston Joyce and Robert Dwyer Joyce), after serving with the Royal Air Force in World War I. Mr. Joyce, a beloved raconteur, sold men’s clothing in lower Manhattan. Ms. McLane’s mother Katie was the daughter of Jewish immigrants who fled present-day Ukraine around the turn of the last century. Katie, affectionately known as “the Mayor of 7th Avenue,” was the much-loved manager of Carroll Cleaners, the Park Slope dry-cleaning business (still in existence), her father founded in 1939. Ms. McLane’s parents were wed in 1929, at a time when marriages between Irish and Jewish families were uncommon and rarely celebrated. Having been raised with exposure to both Reformed Jewish and Roman Catholic tenets, she formally converted to Catholicism at the age of 18. Like most converts, she devoutly practiced her faith. After graduating from Manual Training High School near the top of her class, Ms. McLane had hoped to go on to college but, instead, took a job as a secretary for Home Title in lower Manhattan, in order to help her family financially. In 1951, she met her future husband, John Robert (“Red”) McLane, a Navy veteran. When she brought him home to meet her parents, Mr. McLane immediately recognized Mr. Joyce, the “charming salesman” who sold him his first suit upon his Navy discharge. The couple wed on May 11, 1952 and began raising a family in Park Slope. In addition to caring for their three children, Ms. McLane worked part-time with her mother, at the Carroll Cleaners. Red worked as a civilian employee of the U.S. Navy in Brooklyn. In the mid-sixties, the McLanes, moved to Spotswood, NJ, and Ms. McLane took a job with the U. S. Postal Service. Over the next 25 years she grew active in the labor movement as a shop steward, who vigorously advocated for her fellow employees. In all that time, Ms. McLane never missed a single day of work due to illness—a work ethic nearly unimaginable today. Ms. McLane’s political activism was born during the 1970 Postal Strike, which became the largest wildcat strike in American history, and continued until her death. A life-long New Dealer, she supported Democratic politics and causes throughout her life. After retiring from the Postal Service, Mary and Red moved to Ocean County, NJ where Mary continued her activism as an outspoken advocate for her neighbors in their homeowner’s association. She also volunteered at her parish, St. Elizabeth Ann Seaton. Mary is predeceased by her husband Red, and survived by her daughters Kathleen McLane, a writer, who resides in New York with her wife Xena Ugrinsky, Eileen McLane, a retired mail carrier, who resides in Plumsted Township, N.J with her husband Edward Haraz, and a son William P. McLane, a law firm partner who lives in Princeton, N.J with his wife Judith McLane. Ms. McLane also leaves behind three grandsons, Kevin Gomes, Edward McLane-Haraz and Patrick L. McLane, as well as three great grandsons, Gavyn, Mason and Kane Gomes. Unlike many parents today, Ms. McLane did not smother her children or interfere in every aspect of their lives. She raised them to be independent, to find their own voice and to develop their own friendships and relationships, without favor or judgment. For her children, it was more than enough to know they were always loved, kept safe and secure, and supported in whatever they sought to accomplish. The family always remained close and never failed to spend all their holidays together. Thanks to Mary and Red, their children are filled with cherished memories. Kathleen, Eileen and William were lucky to share parents who provided them with happy childhoods – no parent can do more. In that most important regard, Mary P. McLane had no equal.