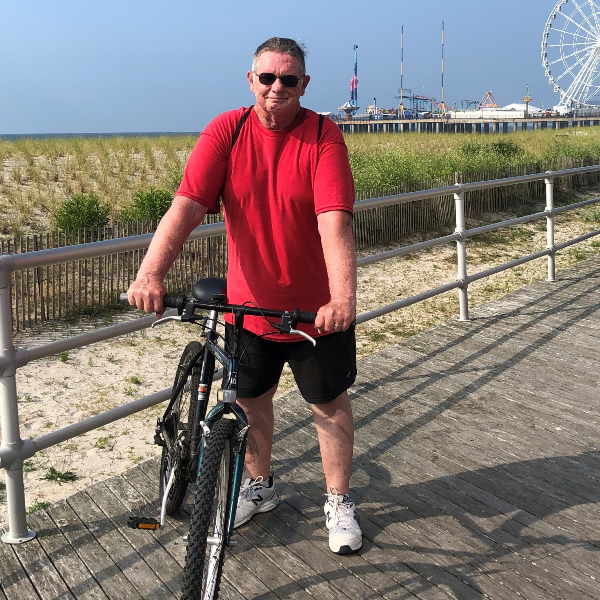 John Francis Daly, age 73, passed from this life into eternity with Christ, on January 15, 2021. John was born on November 1, 1947, to his parents Francis and Jean Daly of Brigantine, NJ. John was the kindest and most gentle man, known for always having a ready smile and an easy-going way. John was the loving husband of his wife, Gail, to whom he was happily married to for 47 years. Together John and Gail had three children: Jake, Sarah, and Mark. From those three kids, he was blessed with eleven grandchildren, who lovingly called him "Pappy". While John played lots of roles in his life as son, husband, father, brother, and friend, he seemed to play the role of "Pappy" most happily and excitedly. While John was a lover of so many things, including technology gadgets (drones, televisions, computers, and cameras), taking pictures and photoshopping them, playing racquetball, biking on the boards, and walking the beach, John loved his wife and family above all. He took such pride in the accomplishments of his children, and especially the grandchildren. He was their biggest fan, and they all were his biggest fans. He will be deeply missed by so many, but all will cherish the millions of wonderful memories each one had with him. John was predeceased by both his mother and father. He leaves behind his loving wife Gail, children Jake, Sarah (and Stephen Parente), Mark (and Theresa), brother Steve, sister Jean Cloud and family, grandchildren: Justine, Jacob, Nathan, Kailee, Henry, Levi, Maryann, Vincent, Lilly, Norah, and Karli, and many friends and loved ones. Services will be held Thursday, January 21, 2021, at St. Thomas Roman Catholic Church in Brigantine, NJ. A visitation gathering will be held from 10-11 am, and a funeral mass will follow.