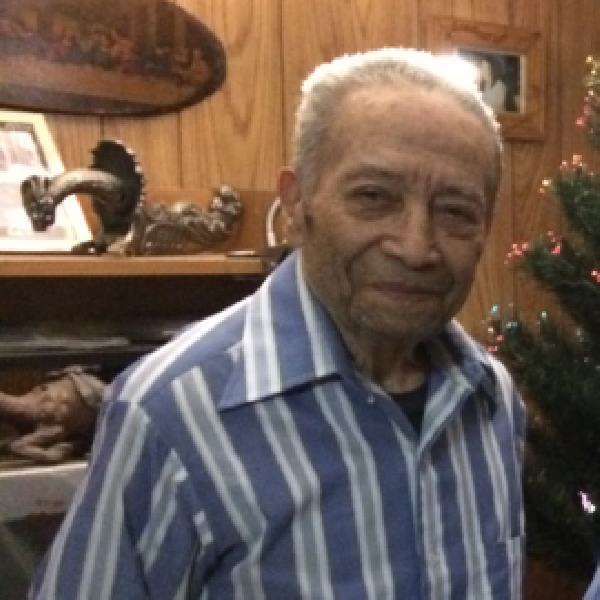 Jesus Felipe Sotomayor Castaneda peacefully passed on to his eternal rest, at his home in Bayonne, NJ in the company of his loving family on Easter Sunday April 12th, 2020. He was 94 years old. He was one of seven children (Agripinna, Esperanza, Beatriz, Clorinda, Enrique, Pedro) born to Micaela Castaneda and Amadeo Sotomayor of La Victoria, Peru on June 19th, 1925. He was also one of two siblings to permanently move to the US where he sought a new life at middle age. In his native Peru, Jesus was an air corps man and a bus driver who traveled to many regions in Peru as well as Ecuador. He then emigrated to Jersey City, NJ where he spent over four decades, and where he co-owned his home, married and started a family with Luz Angelica Barrantes-Vargas of Chiclayo, Peru. This modest home went from an 11k investment and turned out to be a 1 million dollar payout which in essence made him a millionaire for a brief time toward the end of his life. He was the personification of the American success story. An entrepreneurial business owner, he owned a garage-Jesus Auto Repair on Coles street. He later added a car towing service that he was very proud of. His shop was right around the corner from his home which enabled him to always have homemade brown-bagged lunches. Jesus also co-created three children who went on to become scholarly successes in education, business, the arts, and leaders of their community. His love of nature and animals could be seen at an early age when a stray neighborhood goose that he later named Pancho would follow him around until the people of his town assumed it was his pet. His curious mind for how things worked, as well as watching old westerns, karate movies, boxing, and wrestling were likewise passed on to his offspring. He was charming, adventurous, determined, funny and quite smart with language. He was well-known as “Don Jesu”in downtown Jersey City and was the unofficial mayor of town. He always had an arm up waving at someone or someone calling his name out in the street. That was our Papi. Popular and friendly, he always had a smile. His will and strength were amazing. He beat stomach cancer-twice, survived a double stroke three years ago, and in his last week of life he conquered pneumonia. He didn’t complain. If you asked him how he was doing at any point in his life, you’d get a “no prollem.” It is with this quiet and determined force that our Papi left us. Surviving him are his three children: Carina Lopez (Jose), Jesus Sotomayor (Zinnia) and Yvonne Sotomayor-Rowell (Kenneth) and his wife of 51 years, Luz Sotomayor. Remembrances may be made in the form desired by friends. Jesús Felipe Sotomayor Castaneda transmitió pacíficamente a su descanso eterno, en casa en Bayonne, NJ y en compañía de su amada familia el domingo de Pascua, 12 de abril de 2020. El tenia 94 anos. Nació el 19 de Junio de 1925 y fue uno de los siete hijos (Agripinna, Esperanza, Beatriz, Clorinda, Enrique, Pedro) de Micaela Cas