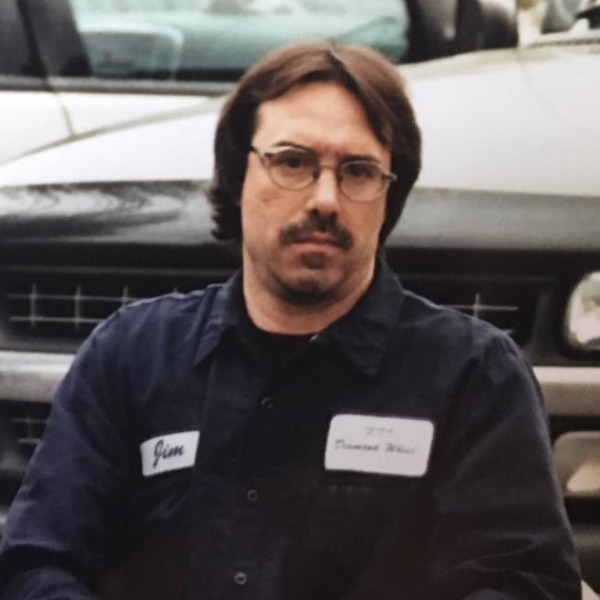 Born Dec 11, 1965 to Joseph and Sally Shemet, James Joseph Shelmet known by many as “Jimmy” quietly passed away on April 6 2017, survived by his two brothers Joseph (Rahway) and Steven (Oregon) he will be sadly missed. Richard Wood Jimmy’s closet and dearest friend of 46 years wrote the kind words that follow here. “I lost a great friend a true confidant and a big part of my world. I had known Jimmy for 46 years so it is through tears that I write this. Jeffrey Chaucer ( a poet ). Said it best, "A knight there was and that a worthy man who from the moment whe he first began, to ride forth loved the code of chivalry hon truth freedom and courtesy". No truer words could ever describe the man that was James Shelmet. He was the type to hold a door and fight for the weaker person he would give you the shirt off his back if he thought you needed it and never asked for anything in return. His heart was the truest of good. He would never burden anyone with his problems. If he could not solve them himself he would just endure. I know he loved his brothers but did not.... no could not burden them with his problems. Only by knowing him for 46 years was I alone able to see the hurt in his eyes this caused him. I am not saying this to make anyone feel bad, but just the opposite to make people understand WHO Jimmy was. He was always very independent. His character was stronger than fairytale knights. He had a very strong work ethic. He was lost when he was not working. He never had a wife or children; You had to know Jimmy to live Jimmy. Many people couldn't see beyond that. I wish myself I was half the man he was. He was a good man with a good heart and a pure soul. Heaven is lucky to have such an incredible addition to its ranks. I can only go on believing he will be a great guardian angel to someone in need. It is with an extremely heavy heavy heart I say RIP my friend the world is considerably less with out you here. Much respect and much love” Thank YOU Rick for being his unconditional friend throughout the years, everyone should be as fortunate to have someone like you in there life. God Bless you Brother Jimmy.....