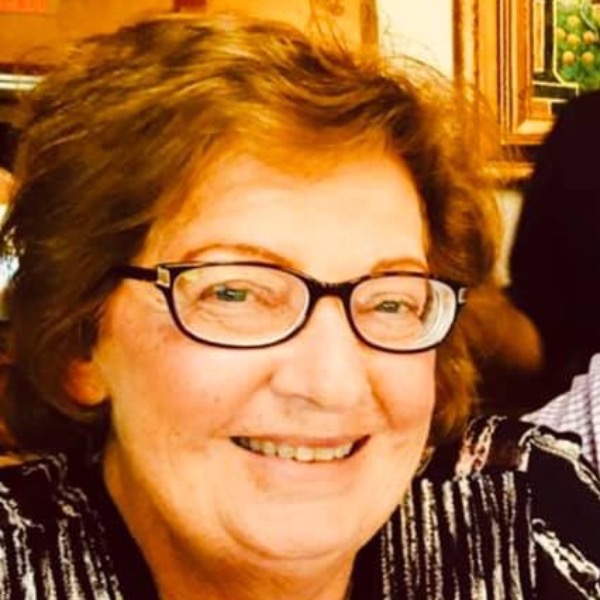 Jacklyn Theresa Coppa (née Agnello), 69, entered into God’s eternal rest on Wednesday, January 30, 2019, at Monmouth Medical Center in Long Branch, NJ surrounded by her beloved family — and the sounds of Barry Manilow — plus sound bites of memories from her children. They spoke about how Jackie called for them from the kitchen window to “come in for dinner,” driving to a farm in Sussex to pick out a golden retriever puppy, getting lost in the woods for 12 hours on what was supposed to be a 3 hour guided Cub Scout hike, Jersey Shore vacations, driving Brian to play and referee paintball, nursing her daughter Christine back to health after a spinal fusion when she was 16, and flying to Georgia to attend her son Carlo’s swearing-in ceremony. Her final moments were thoughtful and calm. Born in Passaic,NJ — and raised in Paterson and Clifton, Jackie moved to Wayne in 1982 where she raised her three children, Carlo Jr., 39, Christine, 38 and Brian, 35. Jackie also loved the family’s loyal golden retriever, Brandy. Jackie was a homemaker, avid volunteer at Our Lady of the Valley School in Wayne, a Girl Scout Troop Leader and Boy Scout Den Mom. She chauffeured her children to baseball, soccer, cheerleading and ballet. Always there after school, a home cooked dinner on the table at 5:30 pm and the problem-solver of homework questions, Christine’s dramatic teenage social life and all things that took place at “62 Howe.” Jackie had a long-time career as a Banker before leaving the workforce in 1979 to raise her kids. She returned to work in 1996, again, as a Banker and retired in 2007. Jackie enjoyed playing the slots in Atlantic City, reading Danielle Steel novels, watching Grey’s Anatomy and Family Feud. But her favorite pastimes were playing checkers with her grandson, Jack Domenic, 11, attending his little league and soccer games and beating him at a game of tic-tac-toe. Jackie was in the delivery room with her daughter, Christine, when Jack was born. Jack is named after his grandmother. Jackie moved to The Jersey Shore with her feisty, but sweet poodle, Max. She enjoyed going to Jenkinson’s aquarium with her grandson and daughter, sitting under an umbrella on the beach and going to the Beach Plum for butter pecan or cherry vanilla ice cream. She is proceeded in death by her father, Michael (Mickey) Agnello, her mother Mildred (Milly) Agnello, her mother-in-law Antoinette Coppa and father-in-law Domenic (Mickey) Coppa. She is survived by her son, Carlo, Jr. with whom she lived with at the shore. Carlo took care of Jackie when she began to ail and was a devoted and loving son. Her daughter Christine, son, Brian (Fatima Sankar), beloved grandson, Jack Domenic and Carlo, Sr. Jackie died in Carlo, Sr’s. arms, listening to their wedding song, The Twelfth of Never. There will be a memorial service held for Jackie in the future.