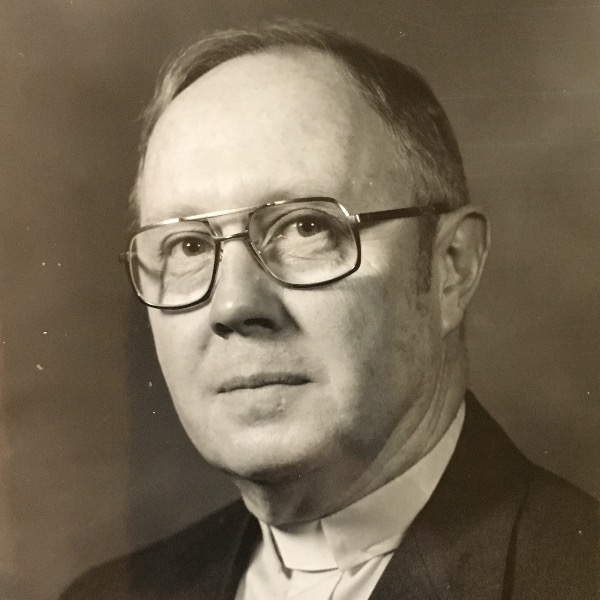 Pastor Charles Robert Mingle Age 90, South Plainfield, NJ The Reverend Mr. Charles Robert Mingle went home to the Lord on August 1, 2017 at his home in South Plainfield. Born in State College, PA, he was the son of Robert and Miriel Moore Mingle. He served in the U.S. Navy during World War II. After discharge, he graduated from Thompson Business College, Harrisburg, PA and worked at Penn State University. Receiving a call into the ministry, he attended Lock Haven University and the Lutheran Theological Seminary in Gettyburg, PA. He was ordained in 1959. He served as pastor of Shell’s Lutheran Church, Shellsville, PA before moving to South Plainfield, NJ in 1963 where he pastored St. Stephen Lutheran Church for over twenty six years. He retired from the parish ministry in December 1989. In 1971 he became Chaplain of South Plainfield Volunteer Fire Department and in 1975 became Chaplain of the South Plainfield Police Department and the Rescue Squad. He was the recipient of two Silver Life Memberships from the Police Benevolent Assoc. He received the South Plainfield Jaycees Outstanding Citizen Award; was selected by the VFW local, District, and State as Citizen of the Year; and 1985 was Honorary Grand Marshal of South Plainfield Labor Day Parade. Pastor Mingle received the John A. Price Excellence in Chaplaincy from the International Conference of Police Chaplains, the highest International Law Enforcement Chaplains’ award in 2005. He was also honored by the South Plainfield Council and the New Jersey State Assembly. While in South Plainfield, Pastor Mingle participated in Jr. and Sr. H.S. graduation exercise, high school football team breakfasts, Little League opening day ceremonies, Pop Warner Football League opening day and other events and, as often as possible openings of Council meetings at Borough Hall. He served as Secretary of the Greater Plainfield Clergy Assoc., was one of the founders of FISH in South Plainfield and Spiritual Leader of the Spirit of Christ Fellowship at Sacred Heart R.C. Church. He was Camping Chairman of Boy Scout Troop 309, Wesley Methodist Church and accompanied the Troop to Philmont Boy Scout Ranch in New Mexico. He is survived by his wife of 64 years, Jean Zwald Mingle; his son Philip Mingle and his wife Kim of Wantage,NJ; and four grandchildren: Kyle Mingle and his wife Rosemary of Corning, NY, Ian Mingle and his wife Sarah of Elkton, MD, Heidi Mingle and Nicole Mingle of Wantage, NJ. Funeral service will be held on Saturday, August 5, at 10:30 a.m. at Wesley Methodist Church, Plainfield Ave., South Plainfield. You are welcome to arrive early if you wish to greet the family. In lieu of flowers, donations may be made to the South Plainfield Fire Department or the South Plainfield Rescue Squad. A private burial will be in Oakmont Cemetery, Ridgway, PA .