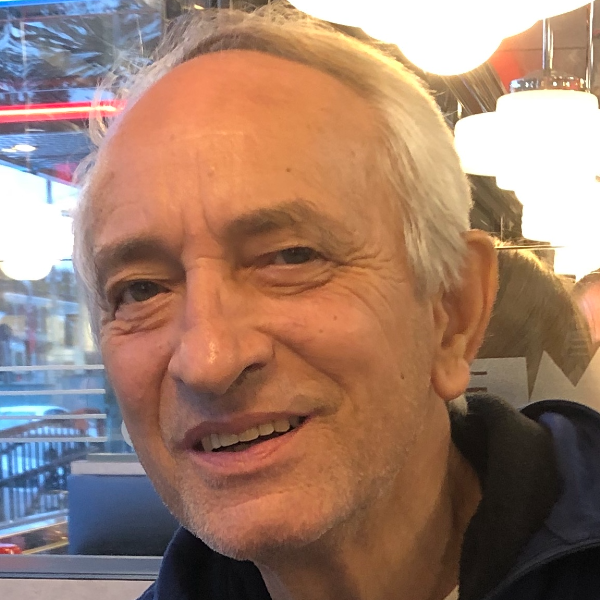 Carl Joseph Rambow passed into Glory surrounded by the love of family on March 3, 2021. He was a beloved husband, father, brother, uncle, and friend. He turned 65 on February 20 and celebrated his one-year wedding anniversary February 15. Carl grew up in Glendora, joined the Air Force, and worked as a machinist for Patco until he retired. We are grateful for the bonus time we were given after a difficult diagnosis and battle. He enjoyed being on-the-go and his family has many wonderful memories to treasure from camping to hiking, fishing, bird watching, long car rides, and so much more. It was also in his nature to tinker, fix, rebuild, or repair anything for anyone who was in need, or just for the fun of it. He was a voracious reader and loved to discuss history and events he read about. He also loved to entertain with a story, some joke, or a song with a little dance. He quoted nearly every line of Disney’s Lady and the Tramp with his own special flair for his wife, Monica. He experienced great joy over the smallest things he would discover. Carl was preceded in death by his father, wildlife artist Erwin, and much-loved mother, Mildred. He is survived by his wife, Monica Masiko-Rambow, first wife Diana Clark Rambow, and his children Carl Rambow (Rannei); Todd Rambow, and Elaina Rambow; as well as his loving siblings: Regina Simpson, Ken Rambow (Elizabeth); Paul Rambow (Johnna); and Matthew Rambow; as well as the many nieces and nephews that loved him too. A memorial gathering is being planned for later this year when we can all gather again safely, and comfortably. Please hold flowers or donations until that time.