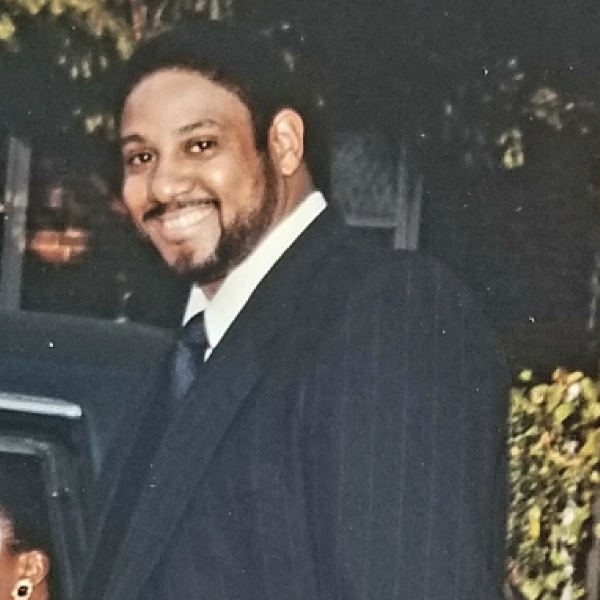 Born on August 28, 1954, Calvin Kenneth Glover—“Kenny” to his loved ones—was the second child and first-born son of Johnnie Mae and Thomas S. Glover Jr. Kenny had a good appetite and enjoyed his Grandma Mary Levy’s cooking. As a toddler he often said “make it good” as he was stirring the food his grandmother was preparing of course without permission and making a mess. He loved playing chef. He later became a pretty good cook and a fantastic grill master. Kenny enjoyed playing basketball as a teenager and hoped to play professionally one day before he suffered a knee injury. However, it didn’t stop his love for basketball, rooting for the NY Knicks, and shooting hoops in his driveway. He also loved music—as a teen, he saved up all his summer job money so that he could purchase a top of the line reel to reel music system—and kept an extensive album collection throughout his life. In 1979, he married his wife, Micheline, and out of this union came his son, Richard and daughter, Jennifer. He took to the role of father with a great sense of duty. He made sure to always have a shoulder available for his kids to cry on and that he passed on his empathetic, thoughtful qualities to them. He felt being a dad was the best thing he had ever accomplished. His son, Richard, blessed them with a granddaughter, Kayla. He enjoyed spending time with Kayla and she loved her granddad. Kenny is survived by his wife, son, daughter, granddaughter, brothers, sisters, aunts, uncles, nieces, nephews, cousins., and close friends. He will always be remembered for his kind and gentle heart, endless patience, friendly nature and deep love for those around him. Kenny was our hero. He will be greatly missed and will be forever in our hearts.