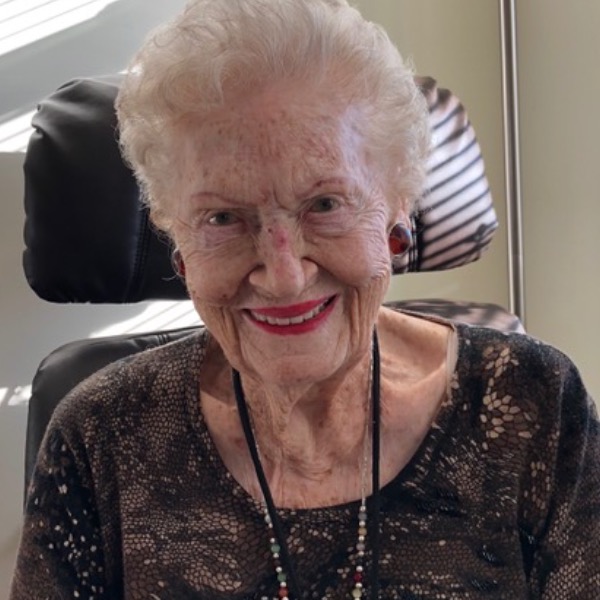 AUDREY L. COOK died on August 13, 2019, 3 months before her 100th birthday. Audrey was born and raised in the San Francisco Bay area. Audrey and her husband, Ray, graduated from the University of California at Berkeley. She and Ray raised two sons and a daughter together. A job promotion for Ray brought them East where they settled in Ridgewood, where Audrey became a member of the Women Gardeners and was also on the board of the YWCA. Audrey was predeceased by her husband, Ray, and her son, Larry. Audrey is survived by her daughter, Linda and husband Bill Corcoran of Ridgewood, and her son, Jeff Robinson from Benicia, CA. She is also survived by 5 grandchildren, Stephanie Corcoran, Reenie Fischer, Justin Robinson, Austin Robinson and Josie Robinson, along with 5 great-grandchildren. Arrangements were private.